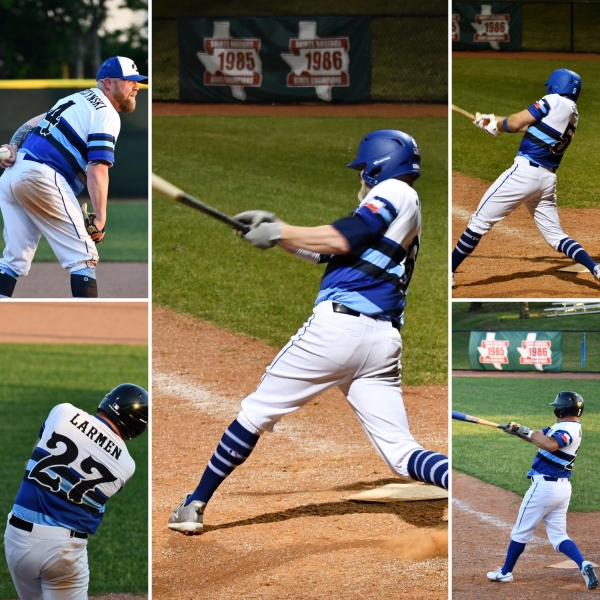 In front of a record-breaking crowd, your Thunderbirds stayed hot Thursday night by blanking the Spirits 11-0 and remaining undefeated on the year at 4-0. The birds put their foot on the gas in the 2nd inning by scoring 8 runs and effectively ended any chance of a Spirit win before it got started. Brian Synatzske and Brad Bode led the team at the plate on the night. Snots had 3 hits, an RBI, 2 runs scored and a stolen base while Bode had 2 doubles, 2 runs scored and 4 runs driven in on the night. Brent Smerczynski, Nathan Larmon and Jody Nicewonger also chipped in with 2 hits each.

Smerczynski stayed unbeaten on the mound with his 2nd CG shutout of the year improving his record to 4-0. He scattered six hits on the night and had the luxury of a solid defense behind him that snagged 5 popups and turned 2 double plays while narrowly missing turning a third.

Other Thunderbirds collecting hits on the night include Bo Vaculik, Justin Toona and McLane Hansen.