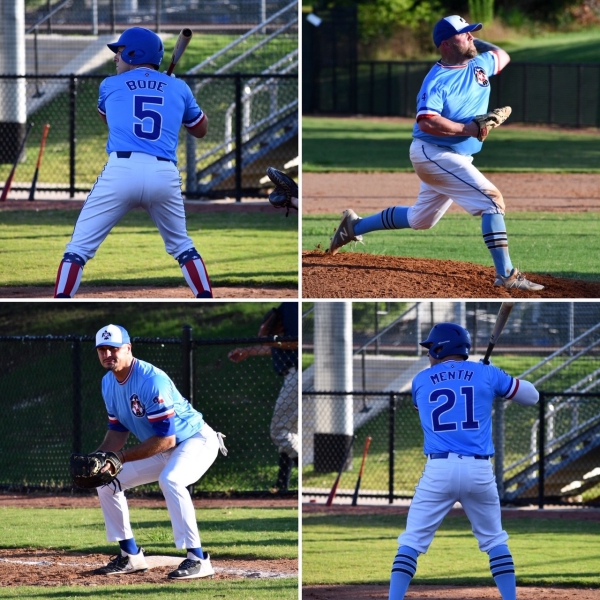 Your NTX Thunderbirds improved to 2-0 on the young season by topping the Knights 6-3 Thursday night at First Baptist Academy.

After falling behind 1-0 in the first inning, the Tbirds tied the game in the top of the third when Jared DeRusha walked, advanced to second on a wild pitch and scored on a 2-out double by Brent Smerczynski. They took the lead for good in the 4th when Rob Carroll led off with a single, stole 2nd and scored on a ringing 2-out, wall ball double by Don Massoud.
The game was broken open in the 5th as the DeRusha singled and scored on a John Menth single, then Smerczynski and Menth scored on a Brad Bode single. A small ball manufactured insurance run was added in the 7th when Brian Synatzske singled, stole second, moved to 3rd on a Smerczynski sacrifice bunt and scored on a Menth sac fly.
Other Thunderbirds collecting hits on the night included Jeff Whanger and Ron Short.

On the mound, Smerczynski tossed a complete game for the Thunderbirds scattering 7 hits while giving up one earned earned and notching 5 Ks to improve to 2-0.

The Thunderbirds are back in action this Thursday (7/2) hosting the Dallas Spirits for a 7pm contest at First Baptist Academy.