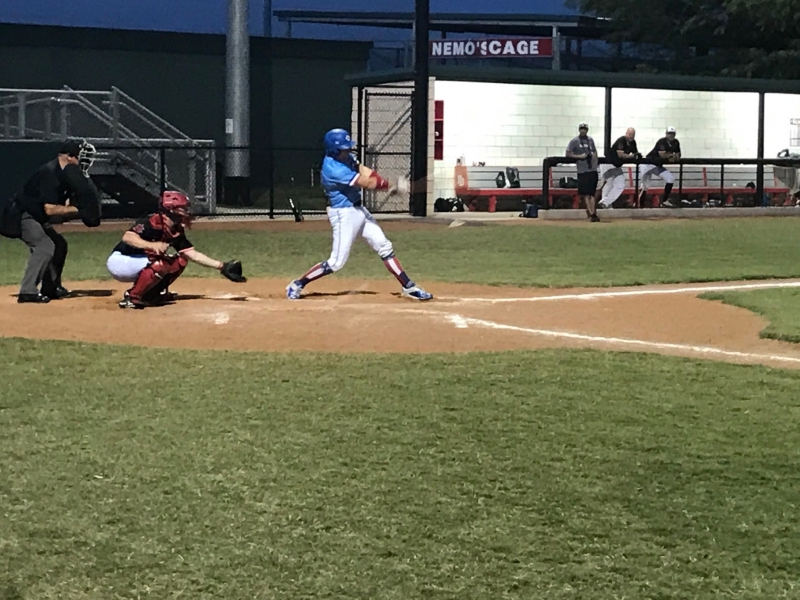 One inning did the Thunderbirds in Thursday night as they dropped their first game of the season 5-3 to Modoc. The game was a battle all night as both teams traded scoreless frames for the first 4 innings of the game. The Thunderbirds broke through in the top of the 5th when Jeff Whanger reached on a HBP and scored on a Rob Carroll double.

The game was decided in the bottom of the inning. A couple errors, 2 walks and a 2 hits led to a short-lived lead and 5 unearned runs for Modoc. As expected, the Thunderbirds did not give in and scored 2 in the next frame and brought the tying run to the plate, but fell just short.

Rob Carroll and Bo Vaculik led the T-birds at the plate. Carroll had 2 doubles and a run driven in while Vaculik had 2 singles and and RBI. Other Thunderbirds collecting hits on the night included John Menth, Brad Bode and Fabian Mendive,

Brent Smerczynski was the hard luck loser on the night. Despite only giving up 4 hits and collecting 4 strikeouts while shutting out the Modoc the entirety of the night, he just wasn’t able to work out of a jam in the 5th and deciding inning.

Your NTX Thunderbirds return to action Thursday night at 6:30 at First Baptist Academy against the Dallas Mustangs looking to get back in the win column.