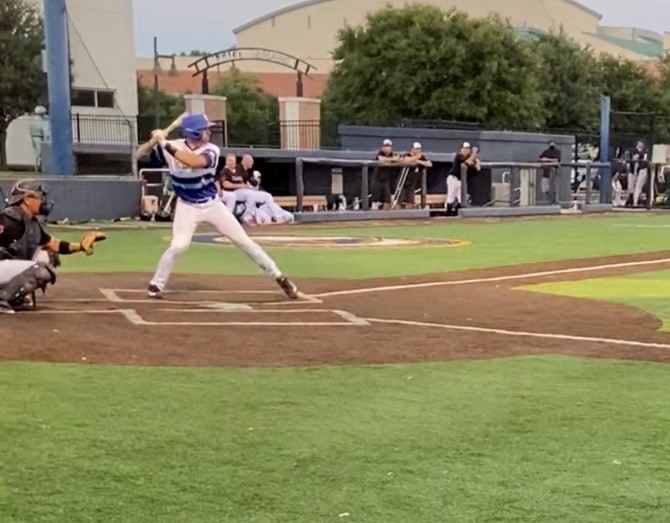 A quiet offense, some shaky defense, and a few broken bat hits mixed in against a good hitting lineup led to a Thunderbird defeat at the hands of Modoc Thursday night at Graham field. With the loss, the Birds fall to 5-3 on the season sitting in 3rd place in the standings.

Brent Smerczynski took the loss on the mound for the birds. Smerczynski tossed a complete game giving up 3 earned of the 8 runs scored while walking 2 and striking out 4.

The offense as a whole was stymied by a trio of Modoc pitchers as the Thunderbird offense as a unit was held to 4 hits on the night while striking out 9 times. Rob Carroll was the lone offensive bright spot going 2 for 3 with a double and a moonshot 2-run homer in the bottom of the first inning. Don Massoud and Ron Short were the other two Tbirds to collect hits on the night.

Your NTX Thunderbirds look to back in the win column next Thursday against the Knights at First Baptist Academy at 7pm.