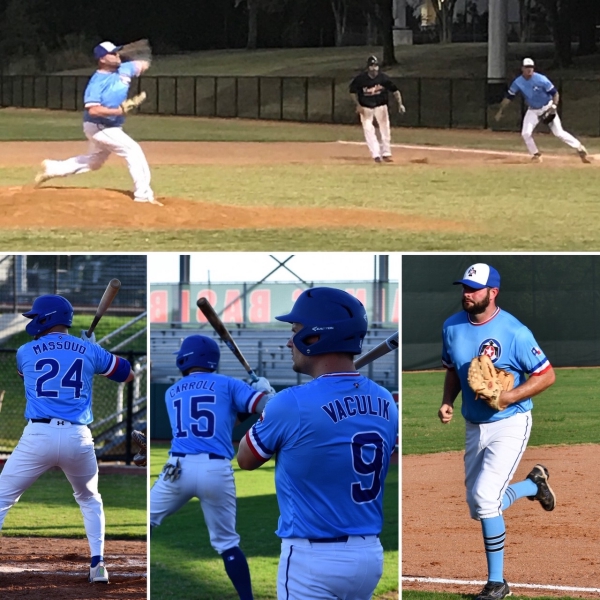 Your NTX Thunderdirds held off a mid-game rally and used some late offense to down the Knights Thursday night 9-5 at First Baptist Academy in Dallas.

While every Thunderbird got at least one hit on the night, the offense was led by Brent Smerczynski, Don Massoud and Ryan Karonka who each collected 2 hits, scored at least once and drove in an run. Other Tbirds collecting hits on the night included: Rob Carroll, John Menth, Fabian Mendive, Bo Vaculik, Mike Trujillo, Jody Nicewonger and Jared Derusha.

Your NTX Thunderbirds take their 6-3 record and return to action next Thursday at Graham Field/Prestonwood for a contest against the Spirits at 8:45pm.