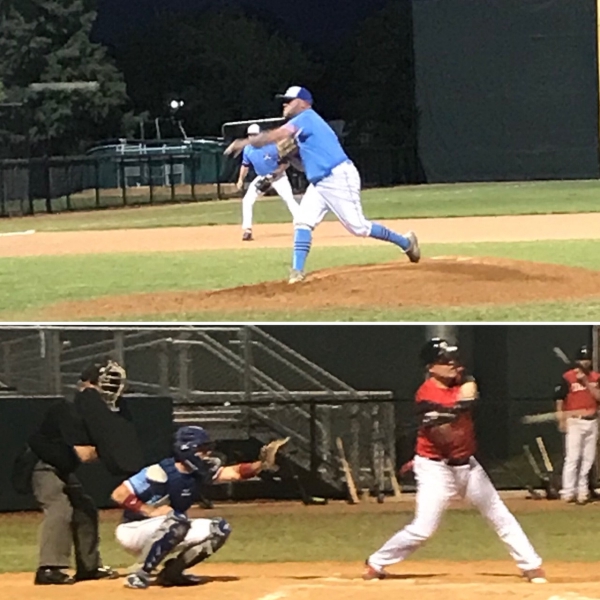 The NTX Thunderbirds used a stellar pitching performance, timely hits and solid defense to manufacture a 3- 0 win over the Dallas Cardinals Thursday night to improve to 8-3 on the year and hold sole possession of 2nd place.

Brent Smerczynski picked up his 7th win of the season with his 5th complete game effort. Smerczynski went the distance only giving up 2 hits while striking out 5 Cardinals. He set the Cardinals down in order in 5 of the 7 innings with only one runner reaching second base. Player/Coach Jody Nicewonger commented after the game, “I’ve played on the same team with Brent for many years and he’s always been solid on the mound, but tonight’s game was the best I’ve ever seen him pitch, and against one of the top hitting teams in our league.”

All the run support needed on the night started in the 2nd inning when Brad Bode led off with a stinging single to left. Rob Carroll then promptly laced his team leading 7th double to the wall in left center to drive in Bode. Brian Synatzske added a 2 out RBI single in the third to score Ron Short. The Birds added another insurance run in the 7th inning when Synatzske reached 2nd base on a Cardinal miscue . Smerczynski then laid down a sacrifice bunt to move the runner to third before being driven in by Bode on his second hit of the night.

Other Tbirds collecting hits on the night include: Bo Vaculik

The Birds play game 2 of 3 in 7 days Monday night when they take on the Dodgers for an 8:45 pm contest at Graham Field.