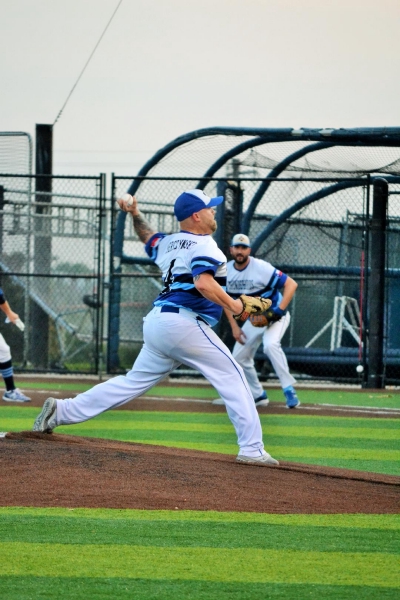 The birds used a combined effort on the mound to hold down the sturdy Modoc offense. Brent Smerczynski got his 8th win of the year going 3 innings giving up only 1 run on 3 hits and notching 8 strikeouts. Joh Ward got the hold for the birds tossing an impressive 2 shutout innings and grabbing 2 Ks himself. Ron Short got the save going the final 2 innings also going scoreless and picking up a K.

At the plate the Thunderbirds were led by Fabian Mendive who was involved in all 3 of the runs scored. Fabian went 2-2 with a stinging double to the right centerfield wall , a single and a run scored on the night. Other Thunderbirds collecting hits on the night included Rob Carroll, Brad Bode, Ryan Karonka, Bo Vaculik and John Ward.

The opening round of the playoffs begin next Thursday with the Thunderbirds sitting in the 2 seed.