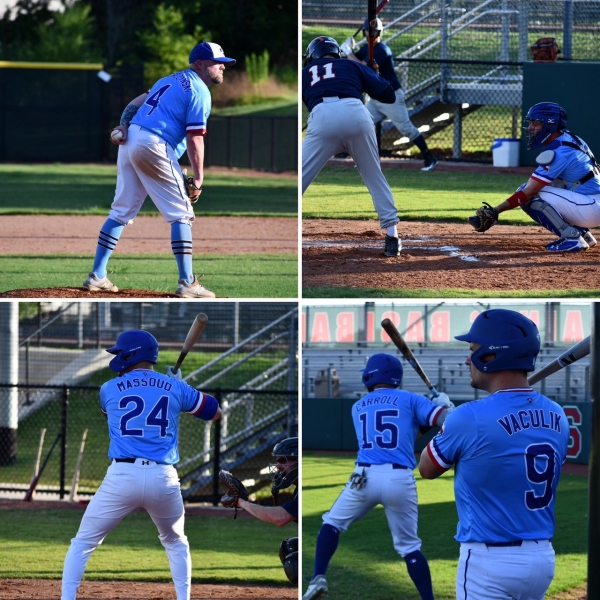 Your NTX Thunderbirds opened the playoff run against the Knights in good fashion Thursday night wining 8-2 and advance to the 2nd round.

After falling behind 2-0 after 3 innings, the birds used a 5 run 4th and 3 run 6th to take the lead and close the door respectively.

On the mound , Brent Smerczynski threw another complete game for the Birds to improve to 9-2 on the year. He surrendered 1 earned run on 4 hits and collected 6 strikeouts on the night.

Jody Nicewonger led off the 4th with one of his 2 hits on the night followed by a Brian Synatzske walk. John Menth and Brad Bode both reached on errors, the latter scoring Synatzske. With 2 outs, Don Massoud stung a double to the fence in left center and Bo Vaculik followed with an RBI single as the birds took the lead 5 -2. In the 6th, after the Menth an Bode reached base again, Rob Carrol delivered the knockout blow with a triple to the wall in center scoring both. Carroll scored to make it 8-2. Other Tbirds collecting hits on the night include John Ward.

The Thunderbirds take on the Cardinals next week in round 2 for a 830 contest at First Baptist.