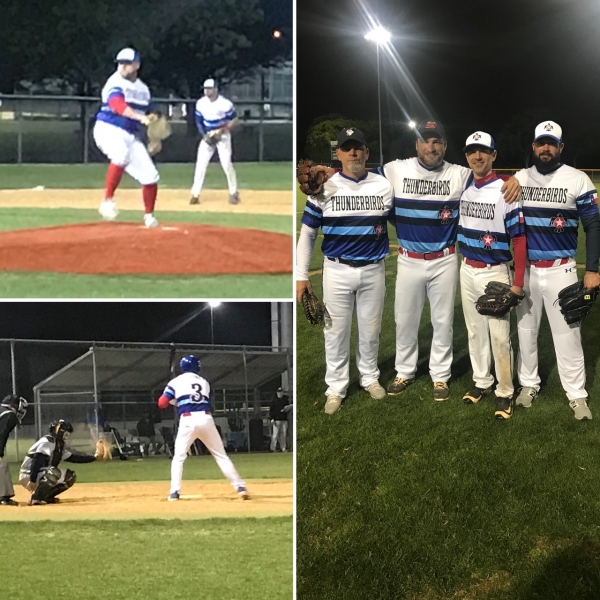 Your NTX Thunderbirds welcomed some new and old faces alike to the team last Thursday night to open the 2021 season. A walk-off error led the Thunderbirds past the Dodgers 4-3 . The game was tied at three with the Thunderbirds batting in the bottom of the sixth when an error on a a fielders choices allowed the winning run to cross the plate.

The Dodgers fired up the offense in the first inning , scoring 2 runs and tacking on another in the third. The Tbirds battled back all night scoring lone runs in the first and third before tying the game in the 5th and walking off in the 6th

Brent Smerczynski was the winning pitcher for Thunderbirds The lefty tossed a complete game , allowing five hits and three runs while striking out seven.

Rob Carroll, Bodie Wilson, Dustin Harrison, and Ryan Karonka all had one hit to lead Thunderbirds offense. The Thunderbird defense was sure-handed in the field. They didn’t commit a single error.

The birds return to action this Thursday the 29th to take on the 3 time defending champion Modoc for a 6:30 pm contest at Reverchon Park.