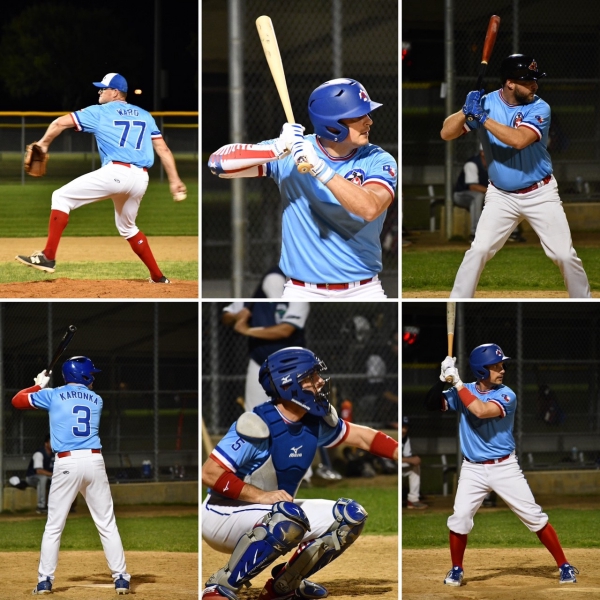 Your NTX Thunderbirds used a trio of pitchers and hits up and down the lineup to drill the Dallas Mustangs 10-2 Thursday night at McInnish park to move to 2-0 on the season.

The birds offense got going in the first inning scoring 2 runs . Rob Carrol led off with a hit by pitch, John Menth walked, Brad Bode reached on an error to load the bases with no outs. Harrison then singled to left, followed by a Brent Smerczynski sac fly error to make it 2-0.

After another shutdown inning by Ward, the Birds erupted for 7 runs in the 2nd to essentially put the game away early. Ryan Karonka led off with a single, followed by a Jeff Whanger walk, an RBI single by Short, singles by Jody Nicewonger and Menth, RBI singles by Bode and Harrison , a sac fly by Don Massoud, walks by Smerczynski and Sean House and a run scoring hit by pitch by Bo Vaculik.

Nicewonger added another single in the 4th and Vaculik added a triple in the 5th to lead the Thunderbird offense with 2 hits apiece.

Your NTX Thunderbirds are idle next week, but return to action Thursday May 20th hosting the Oak Cliff Pelicans at Prestonwood for a 9pm contest.