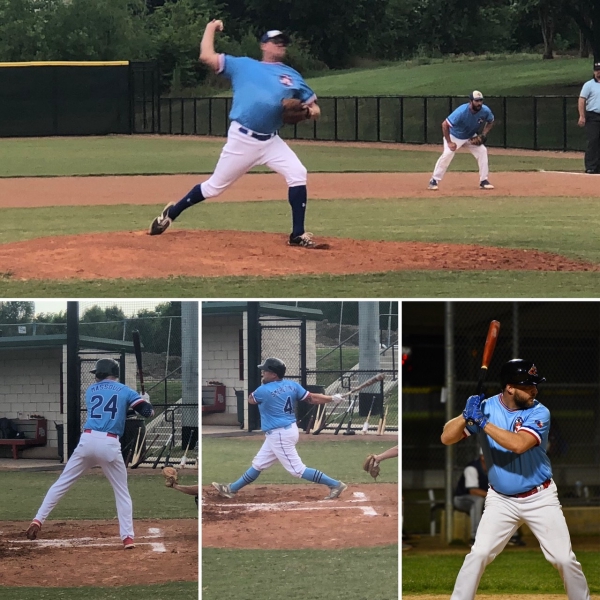 Jumping out to an early lead and holding on after a late scare, your NTX Thunderbirds downed the Dodgers 6-3 Thursday night to run their record to 3-2-1 on the season.

Jon Ward got the win for the birds going 4 scoreless innings while collecting 3 Ks improving his record to 2-0. Brent Smerczynski went 2 innings in relief, followed by Don Massoud and John Menth who picked up the save striking out both batters he faced with the bases loaded and the tying run on 1st.

At the plate, the Birds rattled off 8 hits on the night. Cliff Brade and Dustin Harrison each nabbed 2 hits on the night and a SB each with Harrison collecting a double and RBI. Don Massoud hit a 3-run inside the park homerun in the 4th inning to put the birds up 5-0. Other Thunderbirds with hits on the night include Rob Carroll, Brad Bode and Smerczynski.

The NTX Thunderbirds return to action next week to face Modoc for a 6:30pm contest at Reverchon Park.