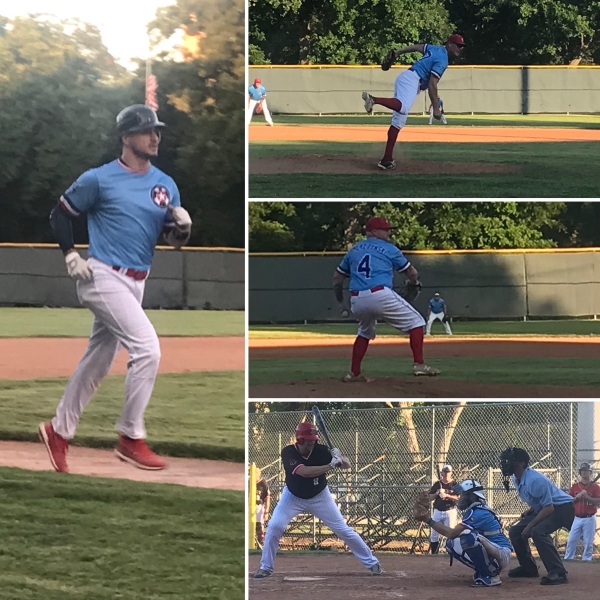 Thunderbirds dropped a heartbreaker to perennial nemesis Modoc Thursday night 5-4 on a walkoff single. The loss drops the birds record to 3-3-1 on the year.

John Ward started on the mound for the Thunderbirds going 2 2/3 innings scattering 3 hits and giving up 3 runs while picking up 3 Ks. Brent Smerczynski came on in relief and got out of a bases loaded jam to keep the game tied at 3, then faced the minimum the next two innings before Modoc walked it off in the last inning on a hbp, an error and 2 singles. Smerczynski ended up going 2 1/3 giving up one earned and striking out 3.

At the plate, 7 Thunderbirds collected 9 hits led by Don Massoud and Jody Nicewonger each collecting 2 hits apiece. Massoud lined a single up the middle and drilled a HR in the 6th.. his second of the year. Other Birds collecting hits on the night include: Cliff Brade, Ryan Karonka, Sean House, Smerczynski and Ron Short.

Thunderbirds return to action Thursday 7/15 for a doubleheader against the Dallas Mustangs at First Baptist in Dallas starting at 6:30pm