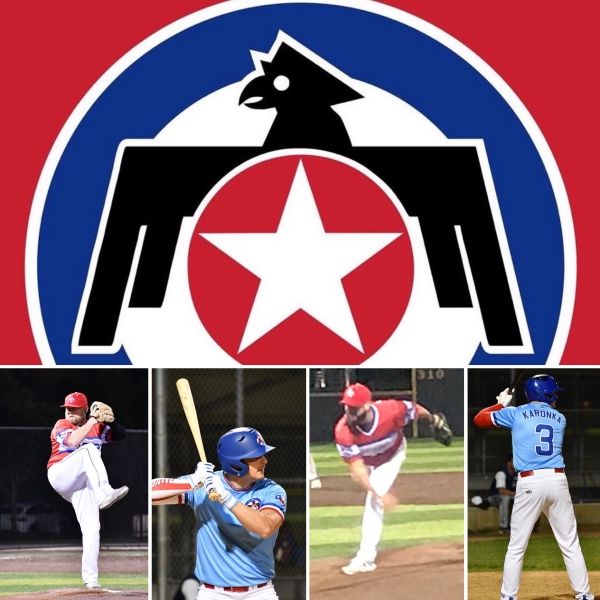 The NTX Thunderbirds used strong pitching and tons of offense to get back in the win column in a big way Thursday night taking both games of a doubleheader against the Mustangs 10-2 and 14-1.

On the mound, the birds got complete game efforts by Brent Smerczynski in game 1 and Bodie Wilson in game 2. Smerczynski gave up 5 hits, no earned runs, 1 walk and struck out 4 in the opener while Wilson surrendered 1 earned run on only 3 Mustang singles, walking 2 and notching 5Ks in the nightcap.

At the plate on the night the birds were led by Smerczynski, Dustin Harrison and Ryan Karonka each collecting 3 hits, at least one double and 2 RBIs. Don Massoud, John Menth and Cliff Brade added 2 hits apiece with with Massoud driving in 3 runs and Menth driving in 4. Other Tbirds collecting hits on the night include Ron Short and Rob Carroll who also scored 5 runs.

The sweep gives the Tbirds a 5-3-1 record , sole possession of 2nd place and just 1 game back of league leading Modoc. The birds are on a bye next week but return to action July 29 for a 8:45pm contest against the Pelicans at Prestonwood.