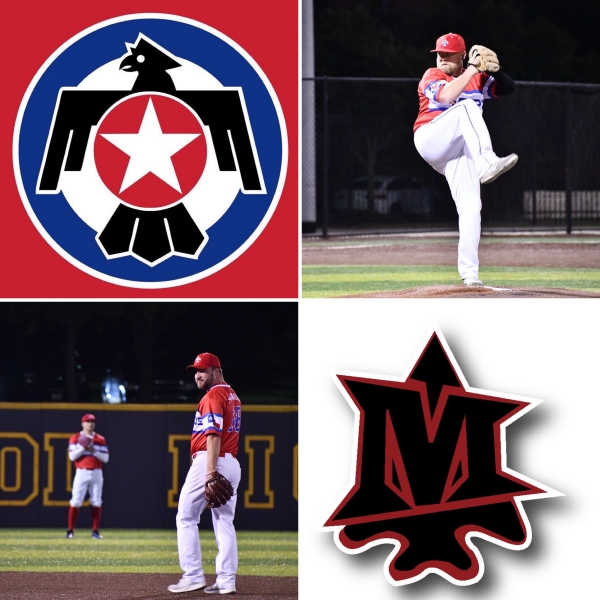 Your NTX Thunderbirds battled all night against an always tough Modoc team Thursday night and ended in a 3-3 tie.

The game was a pitchers duel all evening with both starters matching each other throughout the contest. Brent Smerczynski threw his 2nd complete game of the early season surrendering 2 earned runs on 8 hits while notching 7 strikeouts.

The birds jumped out to an early lead when Bo Vaculik led the game off with a double and later scored an an John Menth single. Modoc tied the game in the 2nd inning on a single and three passed balls. The two starters traded zeroes until the bottom of the 6th when Rob Carrol reached on a 1-out single, stole second and was driven in on Menth’s 2nd hit of the night. He would later score on a Sean House line drive single to right center.

The resilient Modoc squad battle back to tie the game in the 7th on a 2 out , 2 run single and that’s where it ended.

The Thunderbirds return to action next Thursday for an 8:45pm contest against the Dallas Mustangs at Reverchon Park.