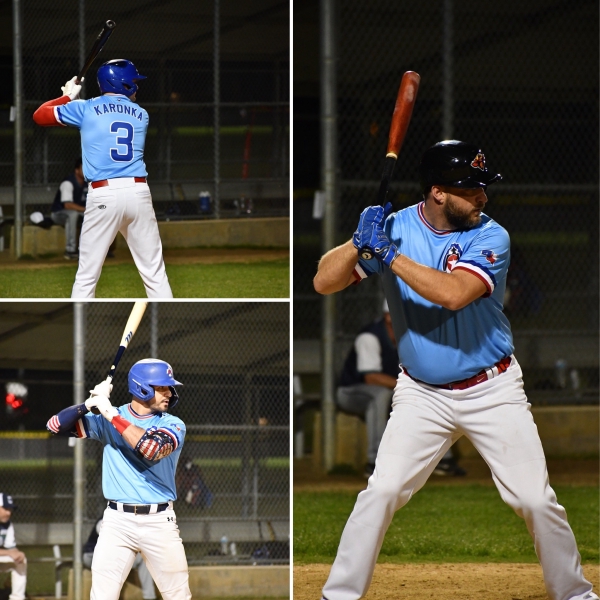 The NTX Thunderbirds dropped a late inning heartbreaker to the Oak Cliff Pelicans 6-3 Thursday night to drop to 2-2-1 on the season.

Sean House started on the mound for the birds going 2 1/3 innings while collecting 3 Ks. Brent Smerczynski came on in relief in the 3rd and finished the game out, suffering the loss and falling to 1-2-1 on the year. After falling behind 1-0 in the first, the birds tied the game in the top of the third. House singled, then Smerczynski ran for him, stole 2nd, then scored after a wild pitch and an errant throw.
Again falling behind 2-1, the Thunderbirds scored 2 in the 4th to take a 3-2 lead. After reaching base on a fielder’s choice, John Menth scored on a Dustin Harrison line drive to right center. Harrison would come around to score on a wild pitch. The Pelicans tied the game at 3 in the bottom of the inning on a flare to center. In the bottom of the 5th the Pelicans sealed the game and against the birds. After a flare to center the fell in and an end of the bat infield hit, the Pelicans pitcher and 2-hole hitter laced a well-timed 3 run shot just inside the left field foul pole. A scoreless top of the 6th ended the night for the birds.
At the plate, the birds only mustered 5 hits led by Carroll (3 SB), Harrison, Ryan Karonka, Don Massoud and House.

Following a tie and a loss, the Thunderbirds look to get back in the win column next week against the Dodgers in a 6:45pm contest at First Baptist Academy in Dallas.