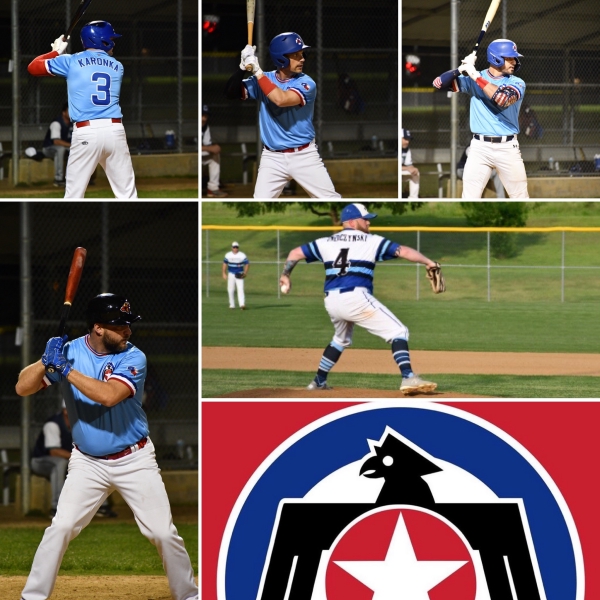 Your NTX Thunderbirds head to the Championship Series after pulling out a hard fought 6-3 over the Modoc Thursday night at McInnish Park.

Sean House started on the mound going the first 3 1/3 innings but left after Modoc scratched across 3 runs in the 4th to take a 3-0 lead. Brent Smerczynski got the win for the Thunderbirds relieving House in the 4th and finishing the game holding Modoc scoreless while collecting 3 strikeouts.

After falling behind 3-0, Bo Vaculik started the comeback with a one out single. The birds pushed across their first run after a Jeff Whanger HBP, a groundout and 2 more HBP by Ryan Karonka and John Menth. That set the stage for Dustin Harrison, who promptly laced a bases clearing 3 run double to the fence in left center to give the Thunderbirds the 4-3 lead. 2 insurance runs were added in the 6th and 7th when Smerczynski scored on a wild pitch after working a leadoff walk and Karonka scored on a Don Massound sacrifice fly after leading off the 7th with a single to right. Other Thunderbirds collecting hits include Cliff Brade and Rob Carroll.